Trevor Noah on Police and #BlackLivesMatter

It’s been really hard to watch the events of the past week, because like Charles Pierce, I have the sickening feeling that it’s far from over. Hearing all of the reactions to the horrifying events in Dallas yesterday only heightens my concern.

Trevor Noah is starting to come into his own as the host of the Daily Show, and this is some of his best work yet, demonstrating that – yes – it is possible to be both “pro-Black” and “pro-police.” He also beautifully explicates the things that should be done to prevent unnecessary police shootings in the future, referencing meaningful improvements already made by the Las Vegas Police Department.

Last week marked the end of Mark Springer’s 20-year run as the Principal of Mason Rice Elementary School. The leadership he demonstrated was extraordinary, and while the students’ strong test scores are what might initially draw praise from outsiders, it was the multitude of “little things” he did that truly made the school great.

Every morning, Mr. Springer stood in front of the school – no matter how inclement the weather – greeting students (and parents) as they arrived. He knew the name of every child in the school (in most elementary schools, the principal only knows the “troublemakers” and the outstanding performers).

When I did a STEAM presentation for my daughter’s third grade class, Mr. Springer walked into the classroom and observed the presentation for 5-10 minutes before continuing his journey around the school. No one stopped what they were doing when he walked into the classroom, because his presence was both expected and welcomed. Rather than ruling with an iron fist, he led by example, and the result was a universally positive environment.

The strong relationships Mr. Springer cultivated with teachers, staff and students were directly responsible for the successful culture at Mason Rice. I’d like to think that I learned something from observing him over the past four years, and I am certain that the positive reviews I received from my students were at least in part due to the terrific example that he set.

While virtually every parent is sad that Mr. Springer retired – many tears were shed on his last day, with students waiting in line to hug him goodbye – we can take solace in knowing that the fantastic culture he fostered will continue for years to come. 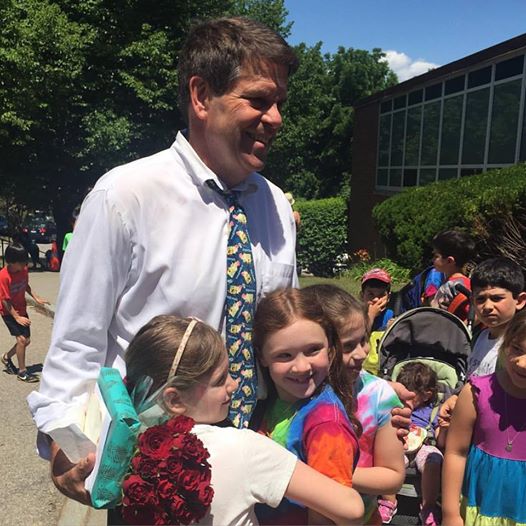 Students Hugging Mr. Springer on the Last Day of School 2016 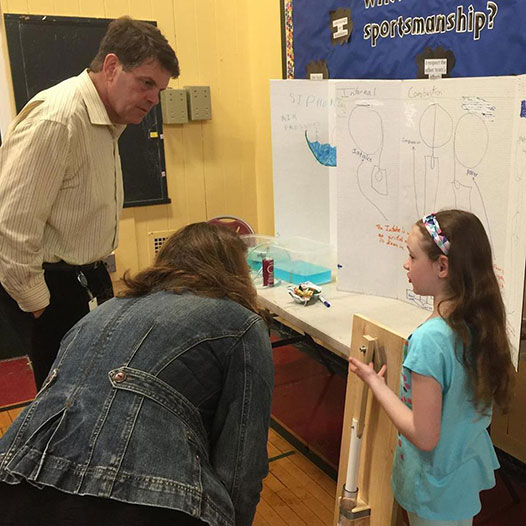 This is really fantastic stuff from Bose, creatively leveraging their (considerable) expertise to produce a valuable educational product that will also enable them to generate meaningful brand awareness and loyalty amongst a younger audience. Well done!

Staredown at the College World Series

This kid has some fun with the ESPN cameras at the College World Series, and the video goes seriously viral… 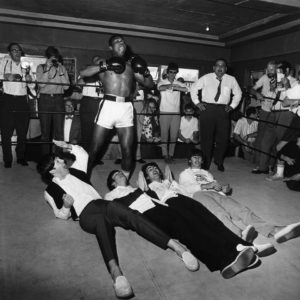 When Michael Jordan – inarguably the most popular athlete since Muhammad Ali – was asked to support a black candidate (Harvey Gantt) running against the reprehensible racist Jesse Helms back in 1990, here was his response:

When Muhammad Ali was drafted into the Vietnam War (and refused to go), here was what he said:

Perhaps his boxing ability and charismatic personality were the cause of his popularity, but it was what Ali did with that pulpit – spreading a message of peace and tolerance for over 50 years – that truly made him “great.” Unlike Jordan, Ali was willing to take a stand for what he believed in, even if the risk was far greater than the reduced sneaker sales Jordan ostensibly feared.

Ali was convicted of draft evasion on June 20, 1967 and sentenced to five years in prison and a $10,000 fine. He paid a bond and remained free while the verdict was being appealed. He was denied a boxing license in every state, and was stripped of his passport. As a result, he lost the prime of his career (from age 25 to age 29) as his case worked its way through the appeals process. In 1971, the U.S. Supreme Court overturned his conviction in a unanimous 8-0 ruling, and he was finally given the opportunity to return to the ring.

The courage and conviction he demonstrated was truly extraordinary. He was, and will always be, “The Greatest.” And he will be sorely missed. Goodbye, champ.

This video nicely encapsulates why I made the editorial decision to stop posting user comments on Inside Hockey. Hiding behind the veil of anonymity on the Internet, commenters post some absolutely horrible things, and the worst of those comments are often directed towards women. This is hard to watch…